SEE THE TWO TRAILERS BELOW

Living with hate toward someone that you know can destroy you and hold you captive for years. Discover where it starts, and how survivors have overcome its grip on their hearts and transformed into a life of freedom and success. 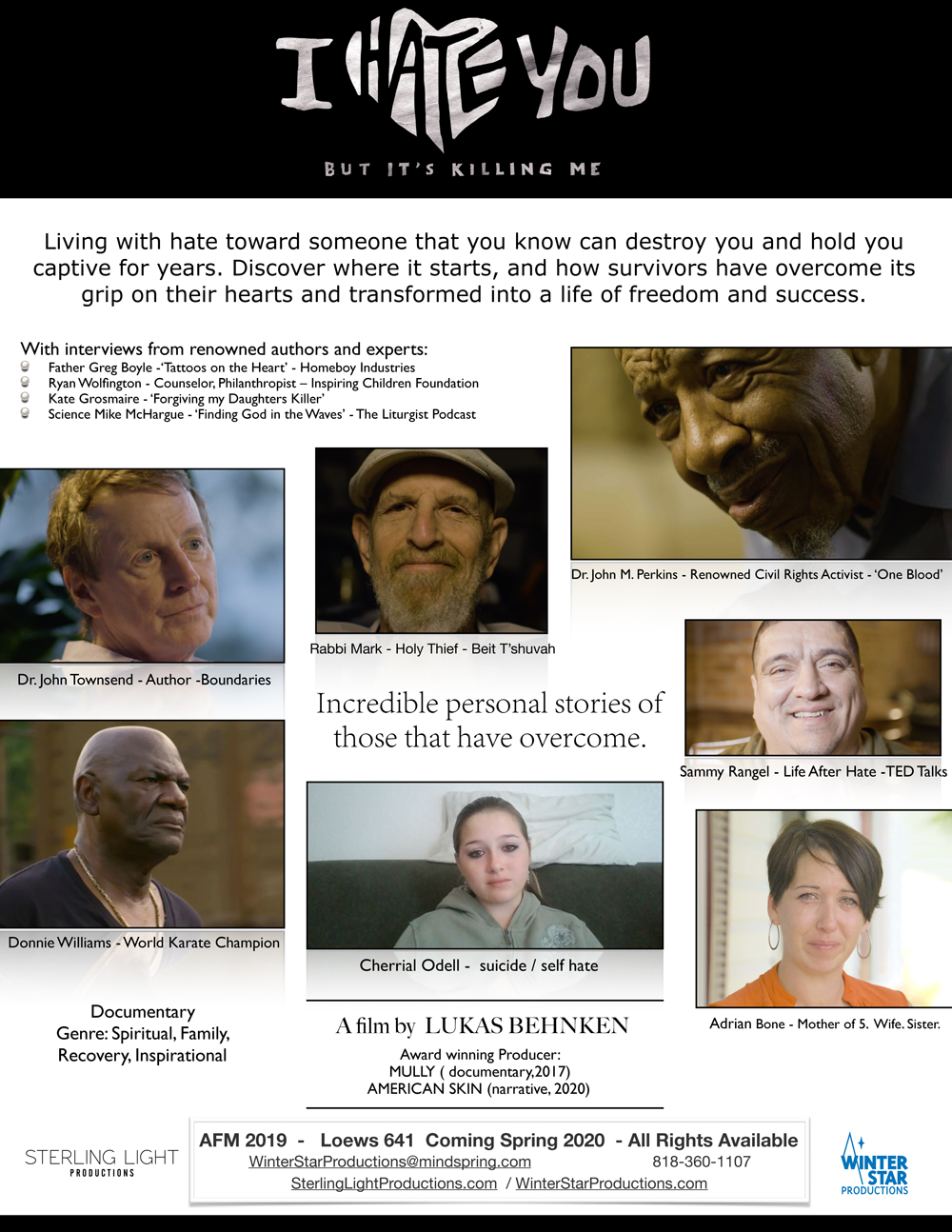 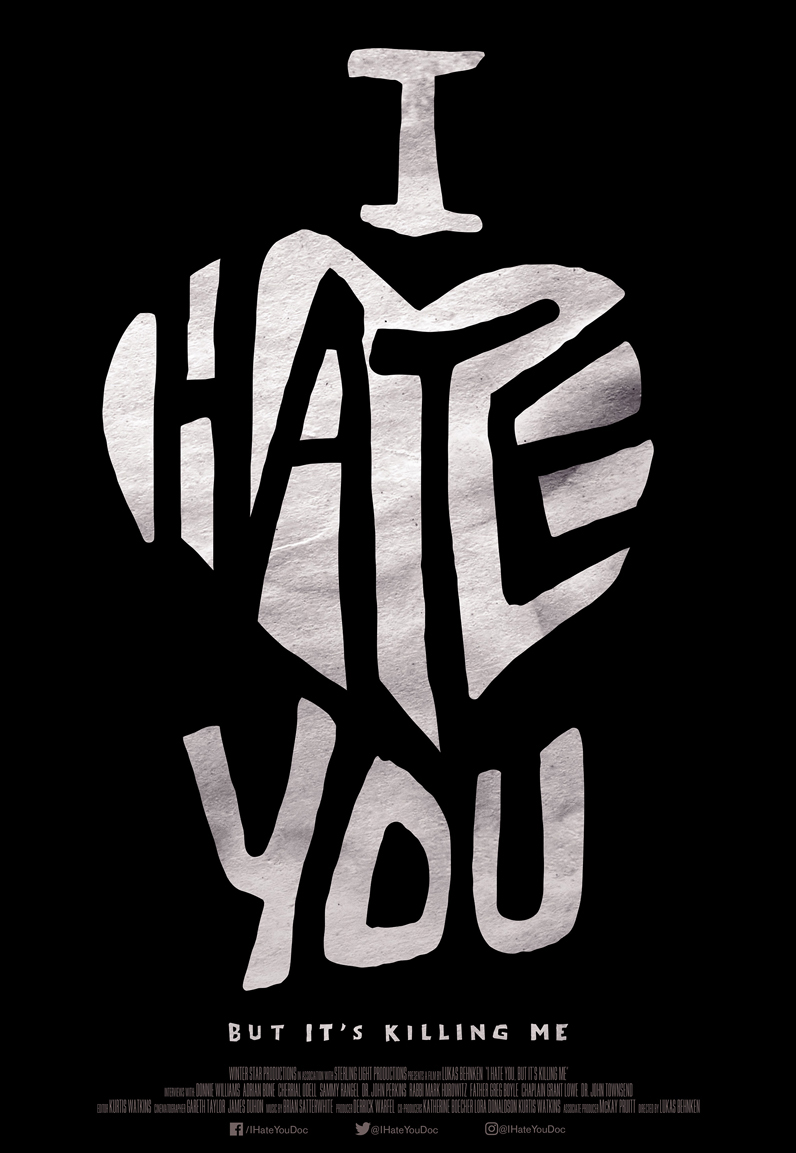 “SECRET AGENT DINGLEDORF”  The Case of the Giggling Geeks.

Dr. Chuckles and his cabal of clowns have created a laugh generator that will throw the world into mean-spirited laughter and collapse world peace. 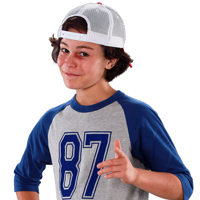 Bernie and his pal’s Lens Cap, (budding director) and iQ, (poster child for ADHD) ate the Gooey Chewy bars Chuckles made for his clowns to give them immunity from the Laugh Generator. Bernie and posse are the only ones who can save the world from the Clowns.

“MIDNIGHT RECKONING” (aka “Fall of Night”) was released theatrically in the Fall of 2010 after an award-winning Festival Run and some international sales.
http://www.MidnightReckoning.com 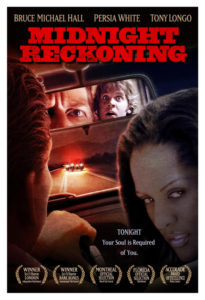 “Played in our Horror sidebar to an enthusiastic crowd who loved it.”

“A tremendous feat.  mysterious and spiritual all at once.  Don’t miss it.”

“spooky, unsettling, and provocative.  Classic telling of the old adage, ‘You can run but you can’t hide.’

“The Ultimate Gift,” “One Night with the King”

74% Would see the film in a Theater,  75% would recommend seeing the film theatrically

(from a test screening)